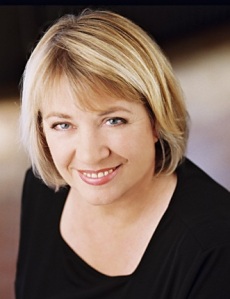 Margo is a delightful author who cannot help but bring her characters to life, just so she can have some fun with them again. Or so it seems, at least from her very well-received début novel ‘P.S. Don’t Tell Your Mother’ (Authorhouse, Indiana 2006).

Bates combines oral history and storytelling with fiction, and she does it with relish and ease creating for the reader consecutive joyful reading experiences through the pages of her book. And here is some buzz about her work:
http://www.margobates.com/pages/what_people_are_saying

This year, she is coming out with two books. Her soon-to-be-launched second novel ‘The Queen of a Gated Community’, and a cookbook ‘Good Cookin’ at Marge’s Diner… hundreds served!’

As well, Margo is an expert publicist and media relations practitioner, and is the owner of Margo Bates Publicity. She also offers workshops in humor writing and publicity for authors.

Margo is Vice President and Chair of the Program & Publicity Committee of the Canadian Authors Association Vancouver Branch, a member of the Federation of BC Writers and an alumna of Erma Bombeck Humor Writers Workshop.

She is a gourmet cook, accomplished photographer and an avid traveller. She lives with her husband in a seaside community south of Vancouver.

Margo is now working on her third novel, ‘The Funeral Follower’.

At Surrey Muse, we are excited to have Margo Bates. She will present readings from her work at our January 27 meeting scheduled to be held at City Centre Library in Surrey from 5:30 to 8:30 pm. View our January-June 2012 program here.

Randeep Purewall is a co-founder and director of Surrey Muse and serves as its treasurer and legal advisor. Randeep enjoys acting and has studied drama with Katrina Dunn (Touchstone Theater) and The Drama Class and voice with Sanders Whiting.

Alison Richards has produced and directed award-winning documentaries, feature films, commercials, and music videos. ‘F-Stops’, her first feature film, won the Remi (best film) Award at Houston Worldfest and won for cinematography in Cannes, France. Her documentary ‘Every 15 Minutes’, about adolescents and impaired driving, is being used statewide in California as a teaching aid for high school students. Her most recent feature length film ‘Bare Knuckles’ has become a “cult classic”.

In 2009, Alison introduced the Middle East to Women in Film & Television by establishing an international chapter in Dubai, UAE. WIFTV is an internationally affiliated non-profit society committed to advancing & celebrating women in the screen-based media industry.

At this time, Richards is in post production on a project, 30 Days Zero Waste Zero Impact ‘Zero 30 30’, an environmental interactive experience which she hopes will inspire Metro Vancouver residents and global citizens to “be the change you want to see”. As well, she is in collaboration with partners around the globe and working on several ‘Transmedia’ cross platform, multimedia, interactive, branded entertainment experiments.

With her eye toward the future, Alison has worked as a guest lecturer and teacher at various educational institutions (UCLA, USC, LA Film School, SAE Institute in Dubai) and is now working with a team of academics, government officials, philanthropists and talented creatives to help develop a unique educational program which will provide filmmaking training and a “reel-life” experience for youth in rural South Africa, and also to source financing for several other projects in development including her next feature length film ‘Lions, Tigers, and Bears’ to be shot on location in South Africa.

At the January 27 meeting of Surrey Muse, Alison will give us an overview of her work using PowerPoint. More information about the meeting is here:
Jan 27 Meeting 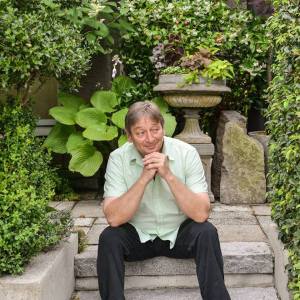 ‘I continue to write a rough draft poem every day as I have always done and find that the Vancouver environment, particularly its contrast of affluence against human tragedy, supports my creative process, yet environment is not key to creativity.‘

Timothy Shay is a well known figure on the literary scene in Vancouver. He is the author of five poetry chapbooks and one collection of poems. His new collection of poetry, The Dirty Knees of Prayer, has been launched by Caitlin Press earlier this year. Timothy hosts the monthly Hogan’s Alley Open Poetry Readings in Chinatown, and co-hosts the Pandora’s Collective Twisted Poets series at the Prophouse on Venables. Earlier, in Nelson, Shay had hosted a reading series for 22 years. He is also the former editor of Horsefly Literary Magazine.

His work has appeared in various Canadian literary magazines and anthologies, CBC Radio, The Rolling Stone, in the anthology Alive at the Centre, contemporary poems from the pacific northwest (Ooligan Press 2013); and, in the 2011 issue of Qwerty from the University of New Brunswick.

Timothy was born in Hamilton, Ontario in 1952. He has traveled extensively within Canada, and has lived in White Rock BC, Keno Yukon, Salt Lake City Utah, and Nelson BC. When not writing poetry, Shay works on oil paintings, folk music, genealogical research, and artifact hunting. Here are some of Shay’s thoughts on his creative processes and physical environments:

‘I started writing poetry when I was a young adolescent in White Rock BC. I moved to Nelson BC when I was 18, and the majority of the work I have produced so far was created during my forty years in Nelson. Because Nelson had a University until 1984, including a School of Writing and an Art School, there was a residual intellectual glow that lasted about twenty years after the university closures so writers and artists benefited from some inclusion in the consciousness of the national arts scene. Nature in Nelson is fabulous, and there is much opportunity for solitude and the reflections accompanying it.

‘On the other hand, Vancouver is like living in an active theatre and hive of artists. There are many excellent writers and intellectuals in Vancouver and several good coffee shops. (Nelson still has the best coffee and coffee house in western Canada, Oso Negro). The proximity of the ocean and the unmistakable fragrance and texture of the sea air continually stimulate deep childhood memories and emotions in me as I was raised in White Rock then absent for forty years. MacLeod’s Books and the Public Library are fine institutions and the apparent level of support for the arts in Vancouver, while cliquey, tends toward health.

‘I continue to write a rough draft poem every day as I have always done, and find that the Vancouver environment, particularly its contrast of affluence against human tragedy, supports my creative process, yet environment is not key to creativity. The act of writing under all circumstances is key, and the act of writing is dependent on the act of cognition and perspective. Often the best writing is inspired by distance from the environment being defined… a quick example being, ‘Under The Volcano’, a masterpiece of prose by writer Malcolm Lowry, written in North Vancouver, focuses on environment and events in Mexico; while another of his novels, ‘October Ferry to Gabriola’, focuses on the west coast and the Gulf Islands and was composed in Mexico.’

Timothy will present a selection from his new book The Dirty Knees of Prayer at the May 27 gathering of Surrey Muse. More about the meeting: may-27-gathering-of-surrey-muse