Shahid Mirza is a painter, sculpture and media producer born and based in Lahore where he graduated from the National College of Arts (NCA) with a degree in advertising design in 1981. He has been a full time painter since the late eighties, creating a strong impact with his socially aware and cutting edge art creations. In 2001, Shahid set up Lahore Chitrkar, an art center for painting and classical music run and managed by artists and musicians that has since created, curated, recorded and produced Punjabi and South Asian music, poetry, dance videos, audio books and myriad exhibitions of art. As well, Shahid is an art educationist and critic. In 2003, his one day exhibition at the Rock Garden in Chandigarh was the first ever exhibition of a Pakistani artist in Indian Punjab. His paintings have been featured on book covers, art collections, catalogues and posters.

At the January 25 gathering of Surrey Muse, Shahid Mirza will be our Featured Artist from Lahore via Skype. More information about the event is here: january-25-2019-gathering 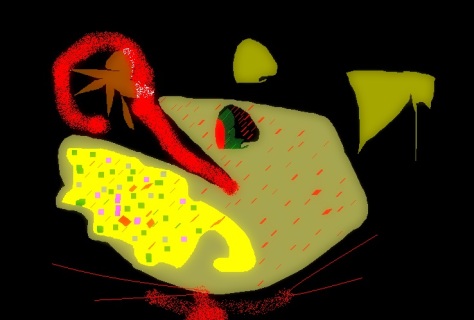 A portrait of Craig Wilson Ruttle by Tyrone (at age 5)

‘My first book of poems was written while raking leaves
on Thetis Island. Many of the poems in my latest book came
into being while walking alone in the forest after dark.’

Craig Wilson Ruttle is the author of two collections of poems. His latest book titled ‘In Praise of Bombast‘ was launched by Silver Bow Publishing in 2018. His first collection ‘So if I built a bird’s nest in the middle of the light‘ was published by Ekstasis Editions (Palimscest Press) in 1986.

At the January 25 gathering of Surrey Muse, Craig will be the Featured Poet. More on the event is here: january-25-2019-gathering 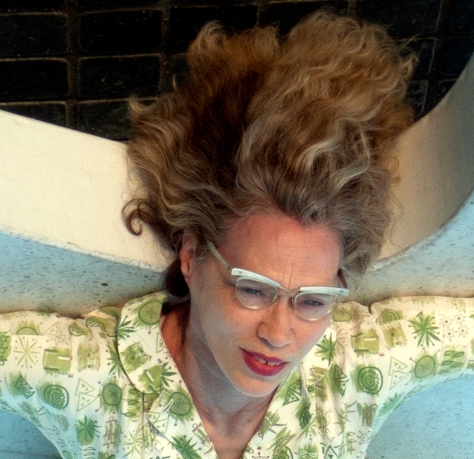 ‘Malcolm van Delst stands out as a lazy writer
in a profession notorious for idlers and bums. She crowd-sourced
this bio. She is a lady who codes, a sometime bitcoin miner fond of
get-rich-quick schemes, and has a knack for dramatifying.’

Malcolm van Delst is a poet, novelist and web developer who is passionate about writing, acting and filmmaking. She began her novel Do the Wrong Thing in 2014 during Nanowrimo, and it was launched in 2018. Malcolm’s stories and poems have been published by various zines including Tenement, she has appeared in Fringe plays, and, she had the 12th most viewed video at CBC’s now defunct site, Zed. She founded and runs the Vancouver Writers Group and chairs the Surrey Library’s Guildford Writers Circle. She has an English Literature degree from McMaster University and diplomas in computer graphics, multimedia, and integrated media from various institutions including Emily Carr Institute where she later taught. Her favorite writers are Doris Lessing, Karl Ove Knausgaard and Sherman Alexie. Malcolm wrote her first story at eight- and it was about a rabbit meeting a butterfly.

At the February 28 gathering of Surrey Muse, Malcolm will be the Featured Author. More about the event is here: february-28-2020