Stephen Brennan is a genre fiction writer favoring horror in the novella/short novel format. He has published two titles: ‘Big John Irons Vol 1: No Heroes‘ (Pulp/Noir/Dieselpunk 2017) and ‘The Darkness Between‘ (Horror 2012). He began to write just over five years back upon realizing that the stories in his head were ‘genuinely worth something’, and he began work on an ‘ambitious full length novel’ that may be called a ‘supernatural romance’ very similar to Meet-Joe-Black in tone; it is still a work in progress while Stephen has gone on to write ‘shorter works that have increased in length over time’. Stephen’s favorite writer is his name-sake Stephen King about whom he says: ‘I find his blend of modern day darkness and fantasy truly inspiring. It’s something I frequently try to emulate.’ A member of the New West Writers group, he participates in monthly critique sessions with other writers. His upcoming title is called ‘Everything Gets Out Eventually‘ (Horror), and it’ll be out soon.

At the September 22 gathering of Surrey Muse, Stephen will be the Featured Author. More about the event is here: september-22-gathering

David Burnell is an author of popular fiction who is much-loved and valued in greater Vancouver’s literary communities. David has published four novels and a collection of short stories, he volunteers his time with New West Writers as an office-bearer, and he is a regular participant and supporter of Surrey Muse.

Earlier this year, he launched his fourth novel In Moonlight’s Shadow; the story takes place in war-torn Britain of 1941 with a focus on on the Royal Air Force where a pilot crash lands in occupied France, survives, evades the Germans, and eventually gets back to England; but his experiences in France change him and send him on a terrible quest for vengeance.

David published his first novel, The Elevator, in 2005, a mystery story set in the 1970’s, the early days of commercial computer systems. The second edition of this novel was published in 2014. His second novel, The Coven of the Unholy, was launched in 2011. The story tackles an evil, satanic cult that exists in the midst of a world that is afflicted with turmoil and strife. Innocent people become victims and suffer greatly.

Over the years, David had been writing a story each year to read to his family on Christmas. The outcome of this family tradition was gathered together in 2012 and published in one volume titled Dad’s Christmas Stories.

His third novel, A Nightingale Sang (2013) again takes place in WWII Britain, but it’s a love story between a battle fatigued Canadian pilot and a doctor’s daughter with a talent for singing. It’s set in 1944 with a background of historical fact.

At this time, David is writing a novel with a working title of Jerry Brent’s War. This story could be labelled the third in his war trilogy. The story deals with the Bristol Blenheim bomber, an aircraft completely outclassed by German fighters. It deals with a young pilot and his struggle to maintain his courage and sanity amidst staggering losses.

After immigrating to Canada from England in 1967, David spent most of his working life managing engineering offices. He is married to Pamela, and they celebrated their fiftieth anniversary in 2009. They have two sons and one daughter.

At the August 28 gathering of Surrey Muse, David will present excerpts from his latest novel. More information on the event is here:
august-28-gathering-of-surrey-muse

Christine Grimard is a writer of fiction and creative prose. Her work has been published in magazines and anthologies, most recently in Saving Seeds, an anthology by the New West Writers that bears the name of one of Christine’s contributions to it.

Christine ‘has been writing since she was capable of making marks on paper’. She writes to understand the world, express feelings, chronicle her adventures, and to give flight to an active imagination. She loves the power of words to transport both herself and others.

In addition to writing her own stories, Christine enjoys experiencing others’ writings, and that has led her to get involved in different writers’ groups including New West Writers, Golden Ears Writers, and the Federation of BC Writers. As well, she is the founder of Mission Writers critique group.

A self-confessed 3-Day Novel addict, and a proud graduate of the 2009 Writers’ Studio at SFU, Christine hopes that when she dies, many years from now, it will be ‘with a pen clutched in her gnarled hand and a smile of satisfaction on her lips’.

Meanwhile, she has several novels in revision, and we hope to see one of them published this year.

At the April 24 gathering of Surrey Muse, Christine will present from her unpublished stories. More about the gathering is here:
surreymuse.wordpress.com/2015/04/16/april-24-gathering-of-surrey-muse/

Poet and short-story writer, Tiberia was born, raised and educated in Portugal and lived also in Angola before moving to Canada.

Tiberia has published short stories and poems in the Canadian Poetry Institute and has contributed to the Sunrise Anthology and recently to a short story anthology published by New West Writers. She writes on her memories of her life in her Azorian culture, Africa, her life as a nun for three years in Portugal and her many years as a nurse. 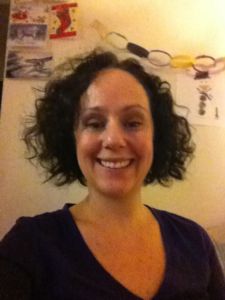 Jennifer Ryan is a New Westminster-born writer and artist who has just come out with a handmade chapbook of her writings entitled Inspiring Minds. She writes picture books, fiction and poetry, and is working to finish a YA novel. Her chapbooks are printed at home with handcrafted covers, and consist of poetry, quotes and quips.

The current Secretary of New West Writers, and a member of Renn Book Writers, Jen had appeared on the literary scene a year and a half ago bringing with her a gust of positive creative energy. Now she feels grateful for the ‘overwhelming’ support of her friends and peers where she is ‘surrounded by such beautiful souls’. In particular, her artistic life has been most ‘heavily influenced’ by artist/musician Amanda Palmer and her husband, author Neil Gaiman.

In the near future, Jennifer aims to resume studies while continuing to work on her writing and publishing projects.

At the April 26 Gathering of Surrey Muse, Jennifer will open the Open Mic Session with a selection of her works published in Inspiring Minds.